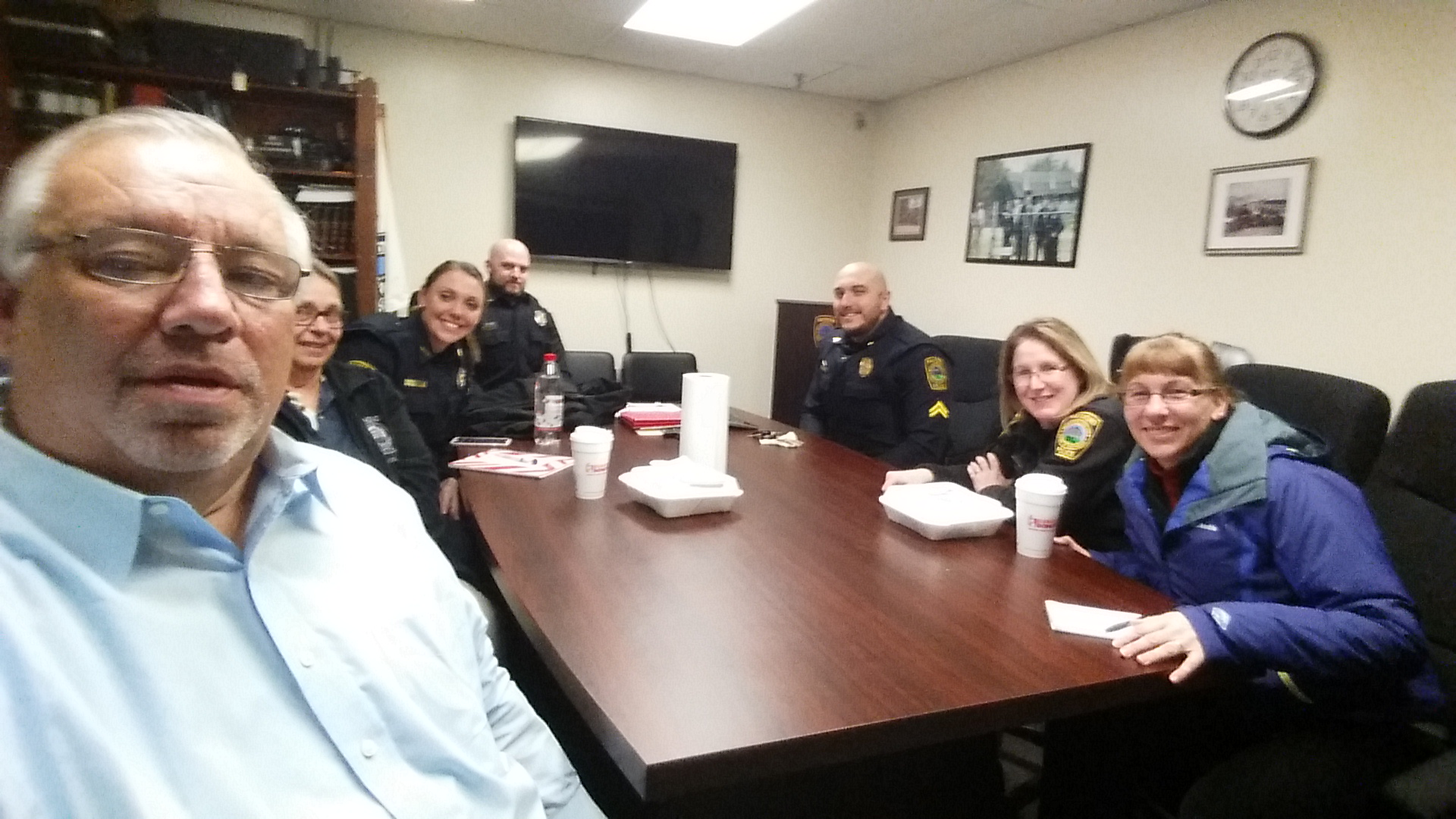 Local 633 Business Agent Rick Laughton met with members of the Raymond Police Department and their negotiating team in preparation for the Deliberative Session in the Town of Raymond. The Negotiating Committee was able to negotiate a tentative agreement with the Town’s representatives and approved by our members. The last step in the process is ratifying the Collective Bargaining Agreement is securing the votes from the taxpayers. The effort and strategy put forth by B.A. Rick Laughton paid off as their contract was approved by the voters. Secretary/Treasurer Jeff Padellaro stated, “It was a team effort, and Rick did a great job keeping the members informed, as well as coordinating community outreach.”

Two deputies were exposed recently to the deadly narcotic fentanyl while conducting a motor vehicle stop for a suspected impaired driver. The stop occurred on December 4th on North Road in the vicinity of the Rockingham County Complex. During the stop, the deputies became aware that the operator was transporting the substance within a pill bottle. Upon opening the bottle to confirm the presence of the dangerous substance, the powder became airborne. The deputies secured the substance and arrested the operator; subsequently, the deputies were treated and released from the hospital as a precaution because of the potential exposure.

Unfortunately, the dangers arising out of motor vehicle stops and domestic violence calls continue to grow. These brave souls continue to perform their duties as professionals knowing they face serious injuries or worse, from passing vehicles, exposed contaminated needles, airborne narcotics, weapons or violent reactions by the suspect(s).

Business Agent Rick Laughton reached out to the Steward to make sure that the involved deputies were all set. Rick Laughton represents the Rockingham County Deputies and Dispatchers. Be safe out there!

Extreme Caution is Required when Testing or Handling Unknown Substances

Law Enforcement officers are encouraged to use extreme caution when handling any unknown substances in the field, jail or prison. The story below highlights the dangers all our LEOs are exposed to everyday while executing their duties and responsibilities to protect and serve, and provide care and custody for those detained or incarcerated. Make sure you have the appropriate equipment on hand to safely handle these dangerous and deadly substances. If the appropriate equipment is not currently available, please contact your Business Agent and steward for immediate action.