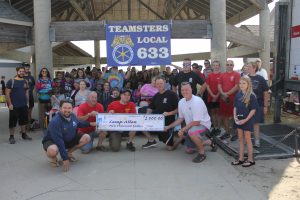 Every year, for the last 45 years, Teamsters Local 633 sponsors a special day for Camp Allen attendees. Camp Allen hosts individuals of all ages with developmental and physical challenges.  Principal Officer Jeff Padellaro stated that this year’s event was once again a great success. Jeff credited the many active and retired Teamsters who volunteered their time to make this event a success. Other partners that contributed to the success of this event include First Student who provided transportation for the attendees; and Pepsi, Coca-Cola and Bimbo Bakeries who provided beverages, snakes and desserts. Associated Grocers provided transportation of all the food and supplies along with the campers’ equipment in addition to their very generous donation. 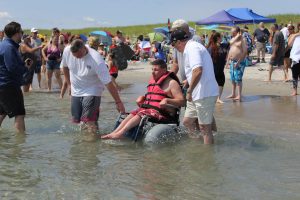 Jeff stated that it was rewarding to see the many campers enjoying the event with laughter and smiles. He also noted that many of the volunteers also looked very happy as they observed their impact on their guests for the day. 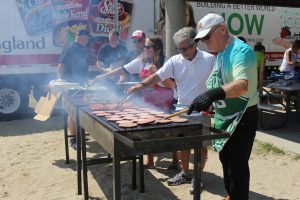 Principal Officer Jeffrey Padellaro expressed his sincere thanks for the many Teamsters Local 633 who volunteer their time each year to make this event a success.