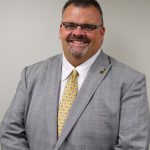 After months of negotiations, mediation and fact-finding the Teamsters and the state have a tentative agreement in place. The hard working correctional officer and corporals have been mailed a copy of the tentative agreement along with a ballot to cast their vote.  Principal Officer Jeffrey Padellaro advocated relentlessly for the men and women the Teamsters represent at the state’s correctional facilities. The critical staff shortages and unsustainable mandatory overtime needed to be acknowledged in this agreement as it had been in the last agreement. The negotiating team for the Teamsters, chaired by Jeff Padellaro, were successful in attaining and maintaining benefits that were not offered to other state employees.

Highlights of the tentative agreement include:

4% pay increase effective the first full pay period following the date of execution of this Agreement;

Two Times the regular rate of compensation for any overtime in excess of 16 hours in any given work week.

We maintained the time worked definition so that our members DO NOT lose OT if they use sick leave.

This is just the highlights, the entire tentative agreement is included in this post along with the correspondence from Jeff Padellaro to the members. Jeff thanked the negotiating team of Frank Logan, Erik Turner, Tom Macholl, David Burris, Ryan Goulette and Joey Bachman for their time and effort in staying focused during the numerous long, contentious bargaining sessions. Jeff also thanked Business Agent Keith Judge for his unwavering support of this bargaining unit. The correspondence mailed to members is below.