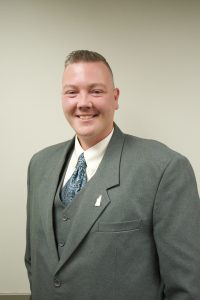 Keith became a Teamster in 2006 at Associated Grocers of New England. In 2010, Keith became an alternate steward and was on the negotiating committee that ultimately got a new contract that raised wages and benefits for the members at AGNE. He later became shop steward in 2011. Keith became a Trustee for the Local in 2014 before being elected to the position of Recording Secretary in 2015. Keith has also worked on multiple organizing campaigns for the Local in both the public and private sector. Keith worked as a Field Representative representing both private and public sector units from 2016 until he was elected as a Business Agent in 2018 effective January 2019.