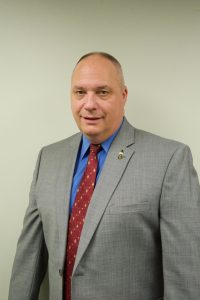 Jeff became a Teamster in 1997, while being an active participant in the “Circle of Gold”, which was the group of employees who stood strong in the face of a blistering anti-union campaign to organize New Hampshire Distributors.  After almost three years of negotiations, NHD’s first contract was ratified and Jeff was elected as NHD’s first Assistant Shop Steward in 2000, and then became Shop Steward in 2001.

In 2001, Jeff was also elected to serve on the safety committee as the Union representative.  He is a member of the negotiating committee, helping to negotiate the last three contracts.

In 2015,  Jeff was elected Vice President of Local 633 and is currently the Field Representative of The New England Teamsters Pension Fund.