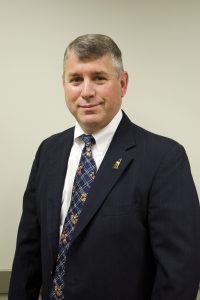 Scott joined the Teamsters as a driver for UPS in 1988. In 2001 he was appointed shop steward for UPS in Manchester.

In 2006 Scott became an Advisory Trustee for local 633, and in 2008 he was appointed trustee on the Local Union Executive Board.

Since 2004 Scott has served as the Assistant Political Coordinator for local 633, and has worked on many local and national campaigns. In this role he has also lobbyied the New Hampshire State legislature on a variety of labor issues.

Scott has also participated in many organizing drives within the local.