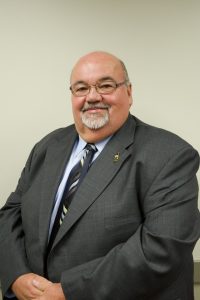 Roger became a Teamster member with Local 686 in 1989 as Route Sales Representative for Thomas’ English Muffins, and became a member of Local 633 in 2001 when Local 686 merged in.

In 1999 he was appointed to the position of Shop Steward, representing approximately One Hundred Route Sales Representatives and Warehouse Workers employed at S.B Thomas, Entenmann’s, and Arnold Bakeries.

Roger is a registered lobbyist in New Hampshire, and is currently working against the Right to Work Legislation. He is also fighting for and on behalf of all Teamster families throughout the state against anti-Union and anti-worker legislation.