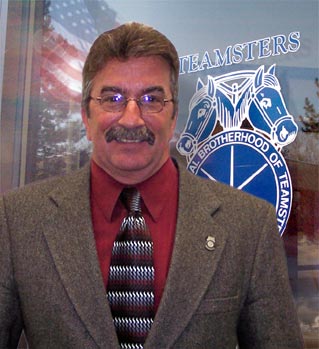 Larry is a 36 year, second-generation Teamster who joined the Union in 1976 as a driver with Willey’s Express until 1989 when they were bought out by Vallerie Transportation. Larry remained with Vallerie’s as a driver until December 1997. He served as Shop Steward with them from 1988 through November 1997.

Larry was elected to the Executive Board as Trustee in 1995, became Vice-President in 2000, and is currently President of Local 633, a position he has held since July 2007.

Larry also serves as the Field Representative for the New England Teamsters Pension Fund, a full-time position he was hired for in December 1997.