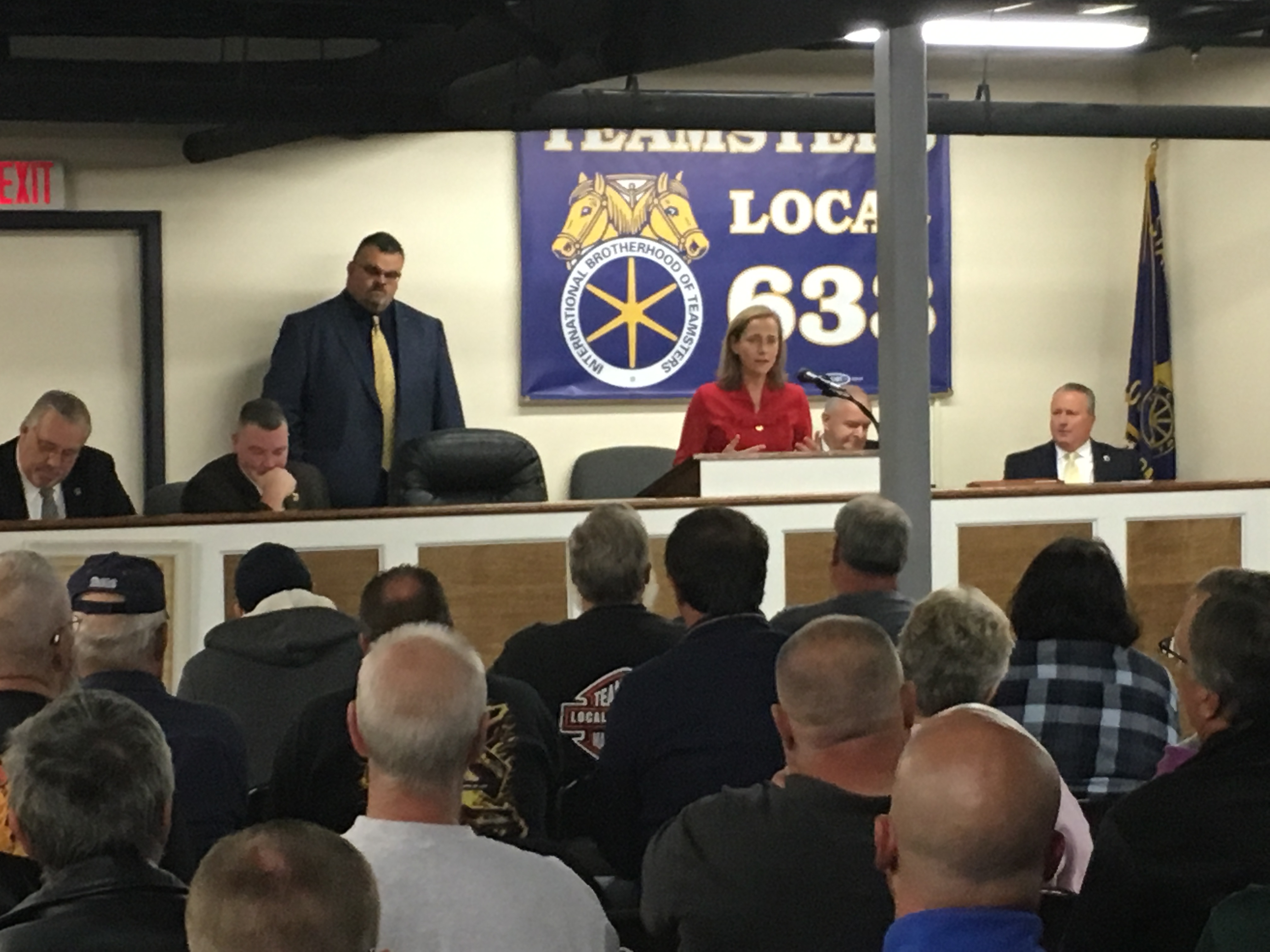 Mayoral Candidate Joyce Craig was introduced to the membership Sunday, November 5, 2017, prior to the monthly membership meeting being called to order. The Teamsters represent several bargaining units employed by the City and the School District. Principal Officer Jeff Padellaro stated that he was impressed with Ms. Craig’s positive and enthusiastic outlook for the City of Manchester. Jeff Padellaro stated, “It is time for the executive of this fine city to address the issues that resulted in other communities pulling out of the Manchester School District. Mayor-elect Craig is uniquely qualified to address that issue and to take action in support of the schools to entice the surrounding communities to come back to the Manchester School District.” Padellaro continued, “It will be a pleasant change to have a mayor that appreciates not only the taxpayers, but also the men and women who work for the City to make it all work, many of whom are also taxpayers and residents.”

Candidate Craig was well- received by the Teamster members in attendance at the monthly meeting.