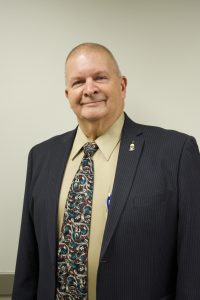 Dennis became a Teamster member at Local 686in 1973 as a Route Sales representative for Cote Brothers Bakery. In 1980 he became a Supervisor for Cote and then went to work for Nissen Bakeries also known as Interstate Brands.

In 2001, Dennis was appointed as an advisory Trustee on the Local 633 Executive Board.
In 2003 Dennis was elected as a Trustee for Local 633, and serves as the Local 633 Political/Legislative Coordinator.

In August 2003 Dennis was hired on at the International Brotherhood of Teamsters Headquarters as a D.R.I.V.E. Representative overseeing the Political and Legislative affairs throughout Joint Council 10 of New England, and traveling nationally for the IBT Government affairs Department.

In 2006 Dennis was re-elected to the Executive Board of Local 633 as Trustee.

In 2007 Dennis was appointed Recording-Secretary.

Dennis can be found on a regular basis Lobbying the New Hampshire Legislature on a variety of Labor Issues. Dennis has been a registered lobbyist for the State of New Hampshire since 2003.