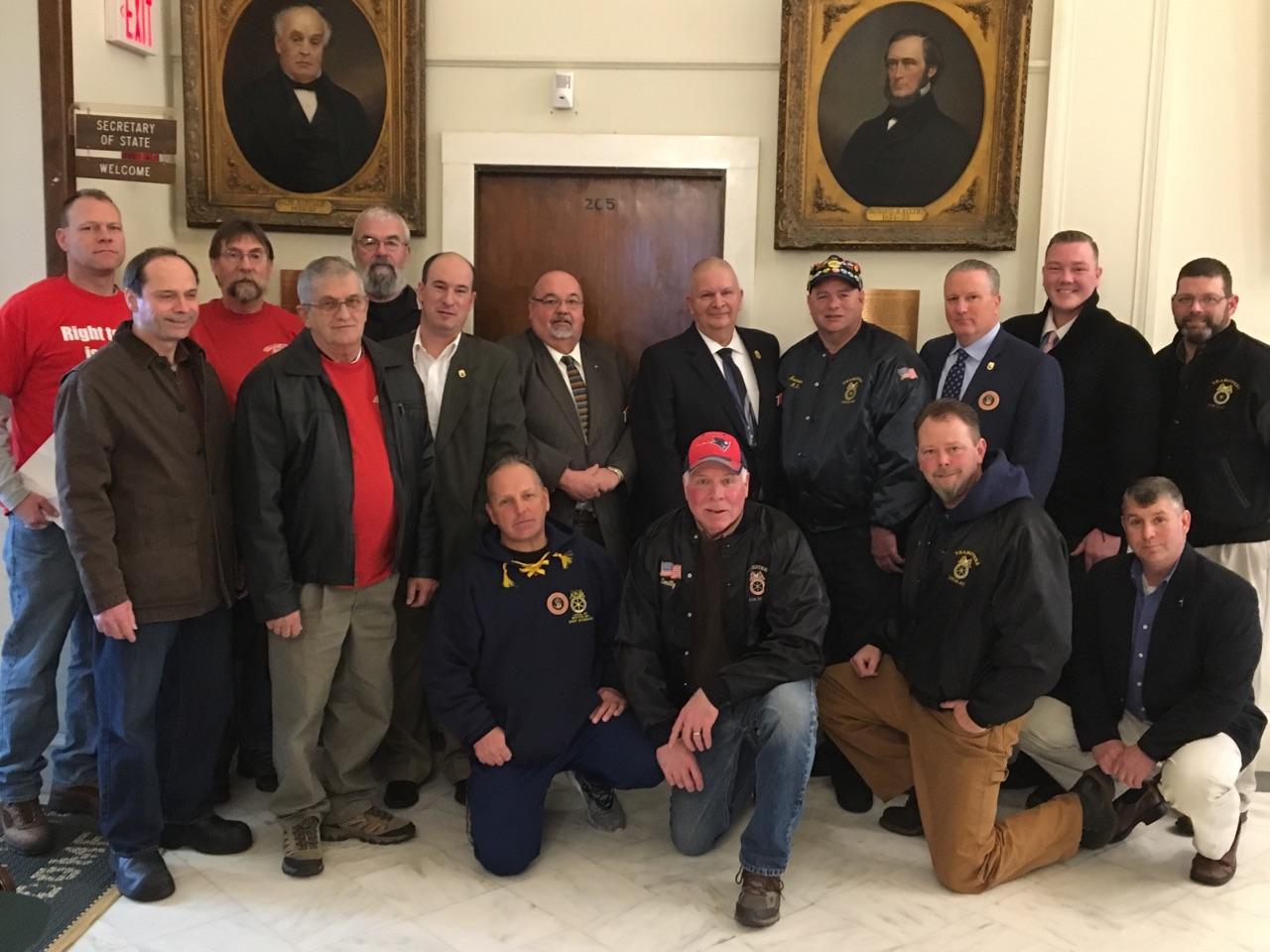 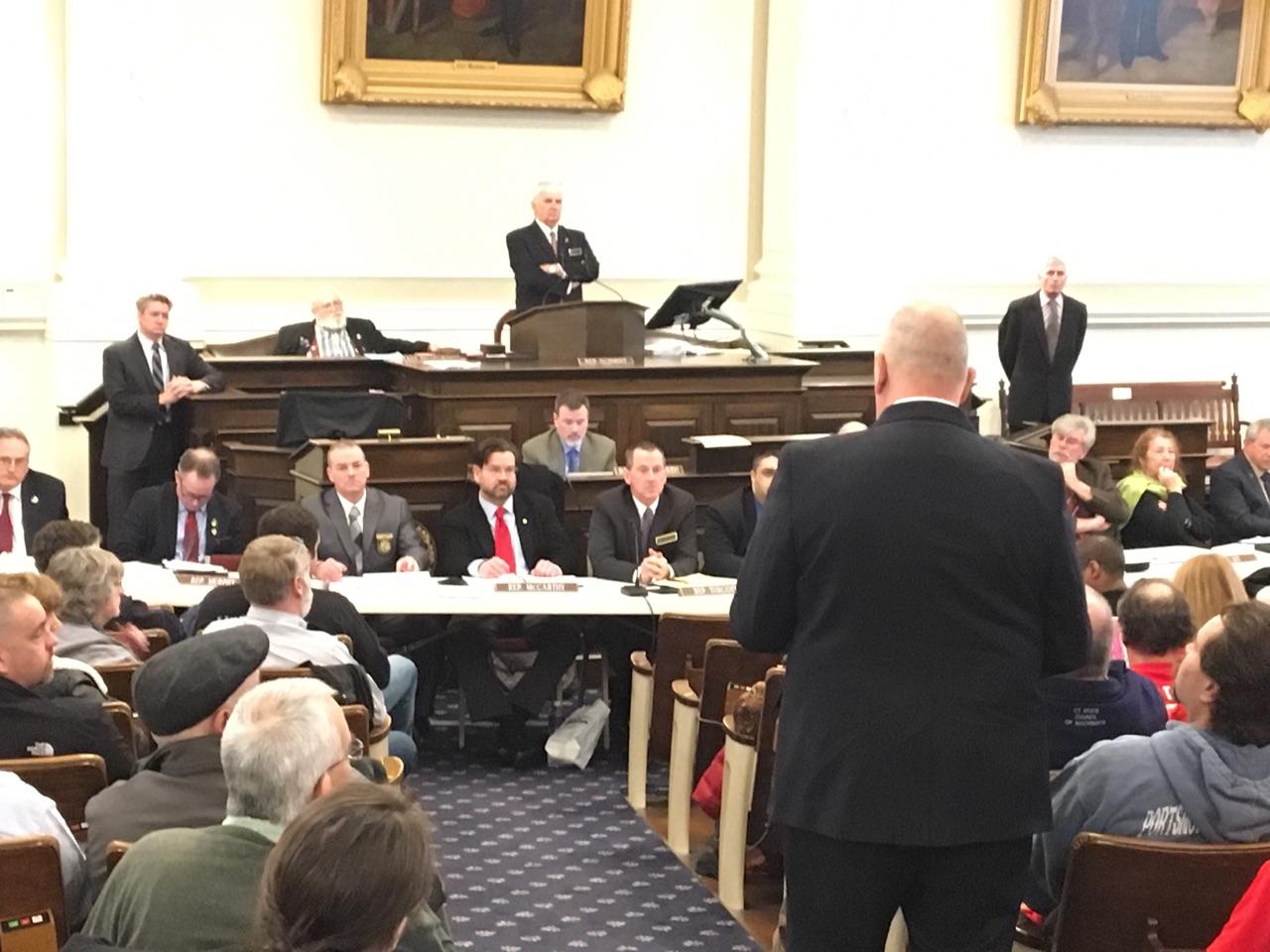 Workers across New Hampshire to contact legislators in effort to prevent Right to Work bill that would drive down wages, weaken the middle class and threaten economic growth

Workers with Teamsters Local 633 are encouraging union members and voters across New Hampshire to call and write their legislators to voice their opposition to Right to Work bills in advance of a key hearing on Wednesday, February 8th.

If passed, the New Hampshire Right to Work law could make it easier for businesses to pay lower wages, cut health and retirement benefits, reduce worker protections, and shift jobs out of state or overseas. The state senate recently passed the Right to Work bill, and legislation is now under consideration in the house.

“This Right to Work law will hurt middle class families and do nothing to spur economic growthin our state,” said Dennis Caza, President of Teamsters Union Local 633. “Given the challenges resulting from stagnating wages and rising income inequality, why make it easier for companies to drive down pay even when corporate profits rise? We hope workers in every industry across the state will contact their legislators and let them know that Right to Work is bad for New Hampshire and has no place here.”

New Hampshire has the lowest unemployment rate in the nation, and currently there are more than 20,000 open job positions across the state. If passed, the Right to Work law will provide no incentives to keep businesses in state. At the same time, it could make it more difficult for New Hampshire to address its single biggest economic challenge: attracting enough workers to fill critical job openings. This is because Right to Work laws often result in lower wages and weaker job protections – two elements that make it hard to attract workers.

“It’s no secret that employers identify the inability to fill crucial job openings – not Right to Work – as a key barrier to increased economic growth in New Hampshire,” said Jeffrey Padellaro, Secretary-Treasurer and Principal Officer of Teamsters Local 633. “New Hampshire is on the right track with a growing innovation economy and the lowest unemployment rate in the country. We should focus on keeping companies in our state, instead of putting these gains at risk for a Right to Work law that has a poor track record of success in other states where similar legislation has passed.”

Right now, union members in New Hampshire contribute financially and share the costs of union representation. If Right to Work is passed, it would interfere with this practice and enable union workers to benefit from hard-fought negotiations – receiving all the financial benefits – without contributing their fair share. It would also severely impact a union’s ability to advocate for its members, particularly on key issues of wages, benefits and workplace protections.

“Right to Work laws use the false promise of economic growth to weaken organized labor and cut wages to hurt the middle class,” said Sean O’Brien, Secretary-Treasurer and Principal Executive Officer of Teamsters Joint Council 10, which represents 22 Teamsters unions in New England. “New England states have consistently rejected Right to Work legislation because workers and employers understand that these laws are ill conceived and unnecessary, and that they weaken, rather than strengthen, state economies.”